These ones aren't as festive, but are fun all the same.

Teddy is getting better at sitting up, she's far from mastering the skill, but she's making some progress. 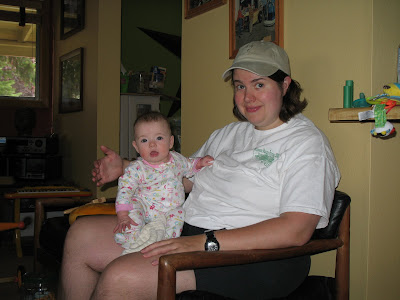 She loves her walker these days, and is getting good at moving the beads around. 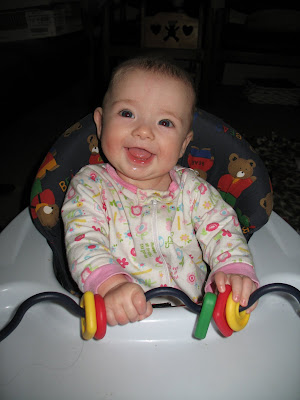 If you think Ru rocks this outfit now, you should have seen her when she had the pony tails with blue ribbons at church. She messed them up pretty quickly after we got home tho, so we just took them out. Here she's helping Daddy make waffles for dinner. 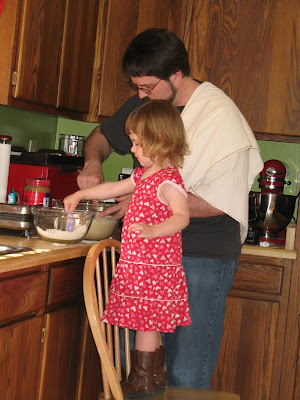 And for lack of a better spot to post it, here is a pic of our new cat, Cocoa. She was abondonded when our neighbor behind us moved out. She managed on her own for three weeks before the new guy moved in. I had hoped he would take her in, but he didn't want her so I finally succombed and let her stay on our front porch. She does have really cool coloring, she's dark brown, with an orange 'overcoat' for lack of better word for it. It's like the fur on her back is two different colors. She also has one white 'eyebrow' and one black, so it looks like she doesn't have those whiskers over her left eye. She's quite friendly and likes Ru; she doesn't mind her petting her the wrong way and such. We also suspect she may be pregnant.
Posted by JenO at 11:29 AM