I know, I'm way behind--again. Hopefully this program will work again (Picasa, LOVE it for organizing my pics, but the blog feature wasn't working for me earlier) and make it easier. Anyway...

We took the girls on our annual church camp out. We were able to borrow a friends tent trailer, and Ru slept at the hotel with G-ma Judy and G-pa Don, but we STILL didn't get much sleep. Teddy didn't sleep well and there was just so much going on she apparently didn't want to miss anything. (even at 4 am. Go figure.) But we had fun and got some nice pics, too.

We shared our campsite with our friend Brenda. She was a big help with the girls, and didn't mind the crying in the middle of the night. ;) 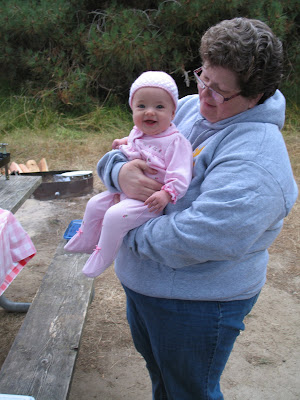 This pic is actually zoomed in enough it's not the best quality, but I wanted to make sure you could see the string of marshmallow. ;) The Ruthie Special is Chocolate graham cracker, strawberry marshmallow, and white chocolate. It's actually pretty yummy. :) 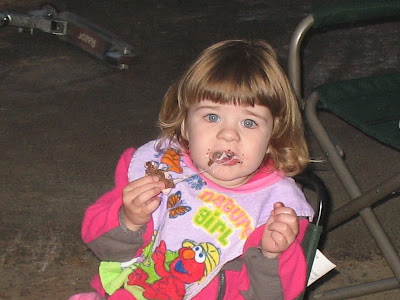 Family pic on the beach. We were on a scavenger hunt, which included pics in certain locations. It was good as it insured we actually took some pics of the gang together. (we lost the scavenger hunt tho. Badly. ;) 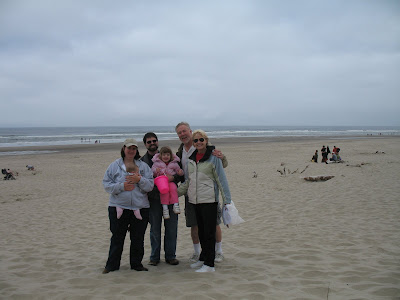 Another scavenger hunt pic. Or new friend there is named 'cowboy.' There is a horse camp section of the Nehalem Bay campground. 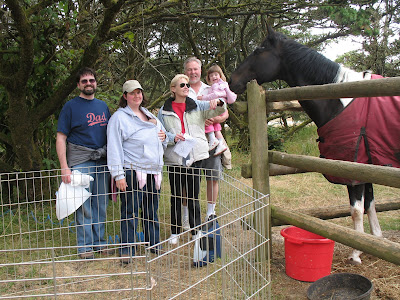 I was pretty exhausted when we got home, and telling myself I should have just sent Brian and Ru and stayed home with Teddy myself. But a week later I'm mostly recovered and will likely be excited to go again next year. Besides, they'll have to be sleeping better by then, right? ;)